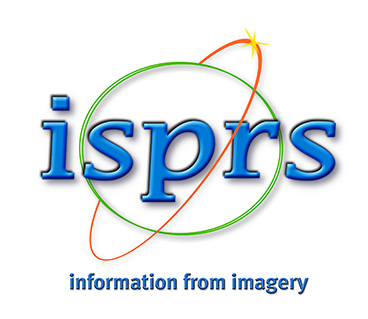 The UP Center for Environmental Informatics publishes four indexed conference proceedings in the International Society for Photogrammetry and Remote Sensing (ISPRS), together with Project Leader and UP Cebu Professor Mary Joyce Flores. The proceedings were published under the PhilGEOS x GeoAdvances 2019 “Geomatics and Data Science: Towards Adaptive Management in a Changing World” (Volume XLII-4/W19)

Abstract. Cebu, with its growing development and increasing demand for water, needs tools and inputs to efficiently understand and manage its water resources. Rainfall-runoff models were developed to model surface runoff which may be used to assess water availability. Soil Conservation System (SCS) Runoff Curve Number (CN) method predicts runoff based on an empirical curve number for ungauged watersheds. This study aims to estimate the amount of runoff for the catchments of Cebu Island using the SCS-CN Runoff technique. The data needed for the application of the method in this study were rainfall distribution data, land use/land cover and soil texture for curve number assignment, LiDAR DEM for the delineation of the catchments, and supporting runoff measurements from a different runoff estimation model for assessment of the results. The collected data were prepared by assigning the mean statistics of the rainfall distribution and the composite curve number for each catchment using Geographic Information System (GIS). The calculation of the runoff was also done using the same framework. Maps representing Cebu Island’s catchments’ runoff estimates were produced. Since observed runoff data were unavailable, the results were verified by comparing the SCS-CN estimated runoff to the results of a physically-based distributed hydrologic and hydraulics modeling software, FLO-2D. The SCS-CN estimations were found to coincide with the FLO-2D runoff estimates based on various statistical assessments. Although the results may have higher uncertainties due to the unavailability of observed runoff data, the SCS-CN Runoff method provided relevant results to that of a complex simulation model. Thus, the method may be applied to estimate runoff of ungauged catchments of Cebu Island, the results of which could provide relevant information for water resource management.

Abstract. The Department of Agriculture – Region VII reports that many mango orchards in Cebu province are dying because of the absence of required post-harvest attention. Lacklustre yields and erratic pest infestations have driven some farmers and growers to abandon mango orchards. To help revive low-yielding mango orchards, there is a need to distinguish actively bearing mango trees from those that remain dormant throughout the year. Using remote sensing techniques, mango trees from separate orchards in Brgy. Cantipay, Carmen, Cebu were mapped and studied using multi-temporal Sentinel-2 data (from January 2018 through May 2019). Prior to that, a field visit was conducted to survey the area using UAVs and field observation, and in the process, was able to identify an abandoned mango orchard. Pixel-based Normal Difference Vegetation Index (NDVI) values were extracted from each of the 822 geotagged mango trees with an average of 16 trees among 53 divisions. Time series were derived from the average of the NDVI values from each division and plotted per month of extraction from oldest to latest. Clustering was applied to the time series data using Hierarchical Clustering with Ward’s Minimum Variance as an algorithm to determine the divisions with the closest time series. Using the resulting dendrogram as basis, two major clusters were selected based on the value of their distances with each other: Cluster 1 containing 29 Divisions, and Cluster 2 containing 24 Divisions. Cluster 1 contains most of the Divisions in and around the biggest active mango orchard. In contrast, Cluster 2 contains most of the Divisions that are in and around the previously identified abandoned mango orchard. An alternative dendrogram was also created by using Complete Linkage algorithm in Hierarchical Clustering, after which 3 relevant clusters were selected. The second dendrogram highlights the stark difference between Division 1, contained in Cluster 3, from the rest of the other clustered divisions at 2.17 units from the next closest one. Notably, Division 1 is located smack in the middle of the abandoned orchard The remaining clusters, Cluster 2 with 21 divisions containing most of the divisions in the abandoned orchard, is 2.46 distance units away from Cluster 1, which has 31 and hosting most of the divisions in the active mango orchards. Two major clusters emerged from using the two algorithms. Divisions with higher and more variant NDVI values seemed to come from the mango trees which were more active during the fruiting cycle. Divisions from the abandoned mango orchards were observed to have lower and less varied NDVI values because of minimal activity in the trees. Other Divisions clustered under the abandoned orchard could have been juveniles based on their size.

Abstract. In biodiversity conservation, ecological corridors are assumed to increase landscape-level connectivity and to enhance the viability of otherwise isolated wildlife populations. Mapping these corridors serves as a feasible method to support forest management efforts in pinpointing areas to give special attention to. Here, we assess the current forest presence in the 3,000 hectare Mt. Lantoy, Key Biodiversity Area in Argao, Cebu and present potential forest corridors that could enhance the canopy cover of the current protected area. We present a method to map the potential corridors through the identification of the forest patches obtained from the global forest cover dataset and the creation of a species distribution model for the black shama, an endemic bird species in Cebu island and a great biodiversity indicator for the area. Our ecological corridors were acquired through the sum of the cost distance rasters obtained from the weighted overlay and cost surface tools of the black shama habitat suitability model. With the obtained corridors from the study, four potential forest corridors/ extensions were identified connecting five different forest patches. These corridors have areas that range from 0.47–2.17 square kilometers, with a potential to increase the forest cover in the KBA to more than 33% after corridor modelling.

Abstract. Tangbo River is an important resource in Cebu’s southern town of Samboan for being the site of Aguinid Falls, a known tourist destination. Monitoring the changes in the river’s riparian vegetation is important since it has impacts on its ecological role of helping maintain biodiversity and river water quality. This study aims to detect vegetation index changes along the Tangbo River corridor using three vegetation indices: NDVI, EVI, NDMI, and Tasseled Cap indices, specifically for the years 1998, 2004, 2009, 2016, and 2019. It also aims to monitor the changes in NDVI and EVI values alongside tourism arrivals in Aguinid in 2018.

Cloudless Landsat 5 (1998, 2004, 2009, and 2016) and Landsat 8 (2019) imagery were selected. Thirty reference points were plotted along the river with a 30-m distance between each point. Vegetation Indices (VI) and Tasseled Cap values were generated using data from these points and were compared for each selected year. NDVI and EVI values from the same reference points used in Landsat were generated from selected cloudless months of 2018 Planetscope imagery. Inbound tourist records were acquired from the tourism office of Samboan and the tourism arrivals for the year 2018 was then graphed with the Planetscope VI values for better visualization.

Landsat imagery showed that there was a general upward trend in the vegetation indices from 1998 to 2019. Tasseled Cap Greenness and Wetness showed an increase in values from 1998–2019 while Tasseled Cap Brightness showed the opposite. Results from Planetscope data for the year 2018 showed that there was an inverse pattern between NDVI and tourism arrivals. Tourism arrivals peaked during the months of April and May based on annual records, while VI values dropped. On the other hand, both VI values peaked towards the last quarter of the year while tourist numbers dropped. This suggests that the pattern of VI values and tourism arrivals seemed to be influenced by seasonal changes rather than with each other. Findings from the study shows that further data collection is required to be able to establish a relationship between tourism and vegetation index values.